An Ordinance to regulate the exercise of the powers of courts to punish for contempt of court.

WHEREAS clause (3) of Article 204 of the Constitution of he Islamic Republic of Pakistan Provides that the exercise of the power conferred on courts to punish for contempt may be regulated by law,

AND WHEREAS The National Assembly is not in session and the President is satisfied that circumstances exist which render it necessary to take immediate action.

NOW, THEREFORE, in exercise of the powers conferred by clause (1) of Article 89 of the Constitution of the Islamic Republic of Pakistan, the President is pleased to make and promulgate the following ordinance.

2.         Definitions:– In this Ordinance, unless there is anything repugnant in subject or context:

(a)      “Civil contempt” means the willful flouting or disregard of—

(ii)      A writ or order issued by a court in the exercise of its constitutional jurisdiction;

(b)              “Criminal contempt” means the doing of any act with intent to, or having the effect of, obstructing the administration of justice;

(c)               “Judicial contempt” means the scandalization of a court and includes personalized criticism of a judge while holding of office;

(e)              “Pending proceedings” means proceedings which have been instituted in a court of law until finally decided after exhausting all appeals, revisions or reviews provided by law or until the period of limitation therefore has expired;

provided that the pendency of an execution application shall not detract form the finality of the proceedings.

(f)                “Personalized criticism” means a criticism of a judge or a judgment in which improper motives are imputed; and

3.         Contempt of Court:— Whoever disobeys or disregards any order, direction or  process of a Court, which he is legally bound to obey; or commits a willful breach of a valid undertaking given to a Court; or does any thing which is intended to or tends to bring the authority of a court or the administration of law into disrespect or disrepute, or to interfere with or obstruct or interrupt or prejudice the process of law or the due course of any judicial proceedings, or to lower the authority of a court or scandalize a judge in relation to his office, or to disturb the order or decorum of a court is said to commit “contempt of Court” the Contempt is of three types, namely; the “Civil contempt” “criminal contempt” and “judicial contempt”.

4.         Jurisdiction:-— (1) Every superior Court shall have the power to punish a contempt committed in relation to it.

(2)      Subject to sub-section (3) every High Court shall have the power to punish a contempt committed in relation to any Court subordinate to it.

(3)      No High court shall proceeding in cases in which an alleged contempt is punishable by a subordinate court under the Pakistan Penal Code (Act No. XLV of 1860).

(2)       A person accused of having committed contempt of court may, at any stage, submit an apology and the court, if satisfied that it is bonafide, may discharge him or remit his sentence.

Explanation:  The fact that an accused person genuinely believes that he has not committed contempt and enters a defence shall not detract from the bona fides of an apology.

(3)      In case of a contempt having been committed, or alleged to have been committed, by a company, the responsibility therefore shall extend to the persons in the company, directly or indirectly, responsible for the same, who shall also be liable to be punished accordingly.

(4)      Notwithstanding anything contained in any judgment, no court shall have the power to pass any order of punishment for or in relation to any act of contempt save and except in accordance with sub-section (1).

(a)      Attempts to influence a witness, or proposed witness, either by intimidation or improper inducement, not to give evidence, or not to tell the truth in any legal proceeding;

(b)      offers an improper inducement or attempts to intimidate a judge, in order to secure a favourable verdict in any legal proceedings;

(c)      Commits any other act with intent to divert the course of justice.

which the alleged contempt has been committed; or 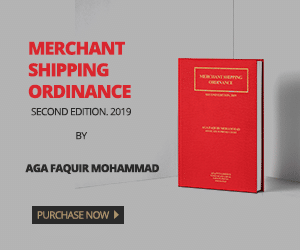 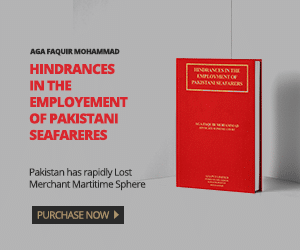